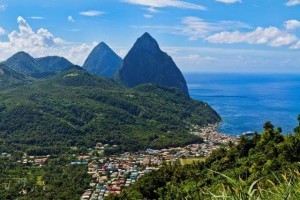 Soufrière is a quarter on the Southwest coast of Saint Lucia in the West Indies. Soufrière was the former capital of Saint Lucia during times of French rule. It is now a small sleepy fishing port with an emerging tourism industry. It boasts several attractions including a drive-in volcano, the Diamond Botanical Gardens with waterfall (briefly featured in the Superman II movie) and historic mineral baths, plus the nearby black sand beaches of Anse Chastanet to the north and Malgretout to the south.

We use cookies to ensure that we give you the best experience on our website. If you continue to use this site we will assume that you are happy with it.Ok